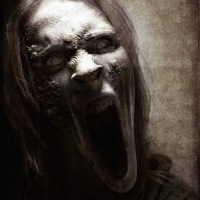 First interaction with a psychiatric patient.

My journey into mental health started many years ago, it must have been when I was about 22 years of age. I knew nothing of mental health and what it was all about. The one thing I wanted to do was to find out and from that day I have never looked back until now. Don’t get me wrong I love my job and have never wanted to be a qualified nurse. I quickly worked out it is the health care assistants that are the eyes and ears of the ward.
I had previously worked in a general hospital and had not had much interaction with people that had mental health issues either in the community or in hospital. All I grew up with from friends is people with mental health issues are to be given a wide birth. At this point I didn’t know why. But on one particular day it was about to change my whole outlook on mental health and give me an understanding and insight on the vast subject.
At this point in my life I worked in a general hospital in the midlands area as an A&E porter alongside security work. This was an exciting job and did open your eyes to many sights and situations within the hospital. All porters/ security workers carried bleeps and radios for emergencies within the hospital. The radios were for general jobs and the bleeps were for emergencies around the hospital; when the bleep went off, if you weren’t with a patient you ran and ran fast. It could have been medical emergency and we had to run with a defibrillator, alarms in maturity went off or people need security for other problems.
As I was saying, this one particular day I was asked to go to A&E and babysit a patient that had become verbally threatening to the nursing staff. When I got there the Charge nurse had told me that the ambulance had brought this man in for assessment and possible admission to the psychiatric ward. All I was to do was keeping an eye on him and persuade him to wait for the doctor to speak to him. I thought to myself that this is going to bed boring plus all I grew up with was give people a wide birth who are ‘mental’. While I was in the side room the man looked in his early twenties, dirty face but clean tidy hands, a yellow plain t-shirt with stains down it. To me it looked like he had just had something to eat and spilt it down himself. His hair looked messy but had clumps missing so he had a number of bold patches all over his head. He wore black jeans that were also a little stained around the knees and lower legs. He did wear any shoes or trainers just a pair of socks that looked like they hadn’t been changed in a long time. So if you were to go off looks you maybe would think he was homeless.
As I entered I did smiled at him and introduced myself and reached out my hand to greet him in a friendly handshake keeping my smile. The man looked at my stretched out hand then as I watched his eyes they followed my arm up my shoulder to my smiley face. As our eyes met I said to him it’s ok and all I want to do is shake your hand, nothing else. So the man’s uneasily reached out his hand and shook mine in return. To be fair he shook my hand with a very tight grip and I could see his facial expression change a little; like a naughty little boy being naughty. Then he looked back at me and as he saw me looking he changed his expression back to someone who looked frightened and worried. Unusual I thought to myself but thought nothing else of it. I sat on the hospital trolley in the room and put my feet up on a chair that was placed in front of him. It must have been used by the nurse that was in here before. While doing this it kind of blocked his exit to leave the room but he didn’t seem to care much. I introduced myself and asked him his name. He told me his name was Darren and then clammed up again. I told him

‘Nice to meet you Darren’.

One thought on “First interaction with a psychiatric patient. ”